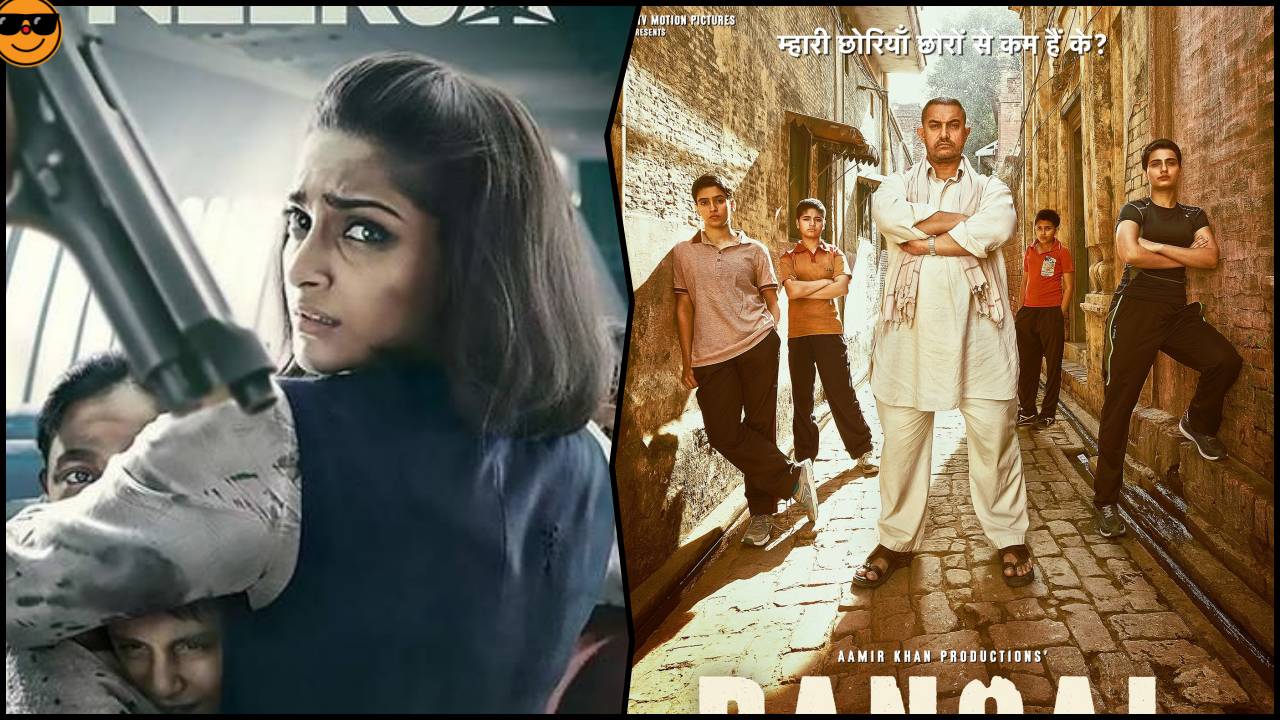 5 Top Bollywood Action Movies of 2016: As the year 2016 has ended and now it is time to count down some of the best top action movies of 2016.I think the year 2016 the worst year for the action movies.There were not much  action movies produced this year and the produced one were not much good.We saw some of the great movies this year based on true event and true story.The year 2016 was a successful year for the movies based on the true events so we have decided to include some such type of movies in our list though they might not fit action genre completely .

Our list of 5 top Bollywood action movies of 2016 is based on critics rating, IMDB rating , Rotten tomatoes rating and how much the movie succeed in  entertaining the audiences and also the ratio of box office collection to the budget of movie.

Synopsis: Mahavir Singh Phogat, a former wrestler, decides to fulfil his dream of winning a gold medal for his country by training his daughters for the Commonwealth Games despite the existing social stigmas.

Dangal is not much of action  movies filled with variety of action scenes but the movie is great and watchable more than one times.Also the movie is based on the true story.

Synopsis:  Ranjit Katiyal, an Indian businessman, leads a happy and successful life in Kuwait with his family. However, when Iraq invades Kuwait, he decides to risk his life to save his stranded countrymen.

Airlift is a thriller action movie probably the best movie of 2016 filled with action sequences.The movie has got good thriller as well as story-line and play

Awards: IIFA Award for Best Performance in a Negative Role,

Synopsis: Neerja, a flight attendant, boards Pan Am flight 73 in 1986. When the flight is hijacked by terrorists, Neerja risks her life to stall the terrorists from attacking the passengers on board.

Though Neerja might not be full of action sequences but the movie is based on true event and it is all about how an air hostage gave her life in saving the plane from terrorists.

Synopsis: Ronny, a rebellious man, falls in love with Sia but circumstances separate them. Years later, Ronny learns that Sia is abducted by the martial arts champion Raghav.

Well everyone loves  love stories movies filled with action but i think its been very long since the trend of making this type of movie started and the audience was not liking such movies Nowadays. The thing is Baaghi created some changes in the trend.The movie is one time watchable probably you might watch it for more than one time for its great action sequences.

Synopsis: Kabir and Junaid, two policemen at odds with each other, embark on a mission to the Middle East to rescue Viraj, a leading cricketer who has been kidnapped.

So that was it. If you think we have missed out any best Bollywood Action Movies of 2016 or you are unsatisfied with our top 5 list of  Bollywood Action movies do not hesitate to comment down below.